Hi guys!  I’m here today with a super quick understitching tutorial!  It’s a really easy technique, but I know many of you are visual learners like I am, so I thought this might help some folks out.

Understitching is an intermediate (but very easy!) sewing technique.  The purpose is to keep linings, facings, and bindings turned to the wrong side of a garment so they don’t show on the right side.  Even if a pattern doesn’t call for understitching, I highly recommend using it whenever applicable for a professional finish!

I’m going to be demonstrating this technique on the neckline of the Larkspur Dress, which has a facing.  If you want to see what understitching looks like on a binding, check out the Biscayne Blouse tutorial, where it is used around the arms.  The procedure for a full lining is visually the same as for the facing.

Step 1:  First you’re going to sew the facing to the garment where indicated and with your given seam allowance.  For the Larkspur, the first step is to sew the facing to the dress around the neckline.  This version has the optional front notch in the neckline, which will be handy for this tutorial a few steps later.  (The stitches do not reach center back because of the zipper installation method.)  I have already cut into my seam allowances to allow the curved neckline area to turn and press nicely, but that step can be completed after understitching as well. 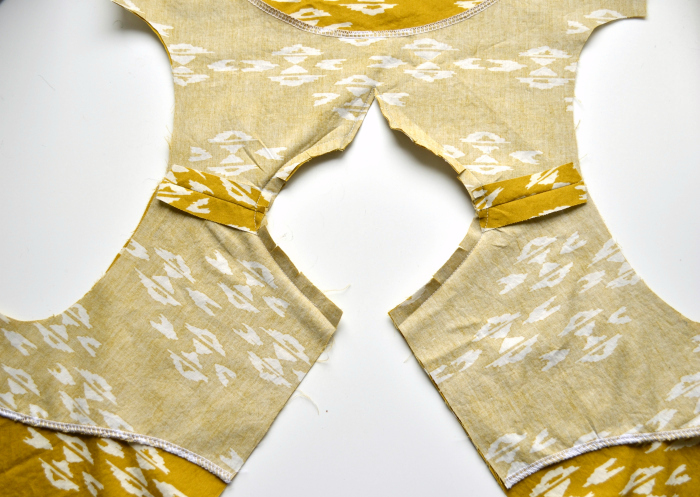 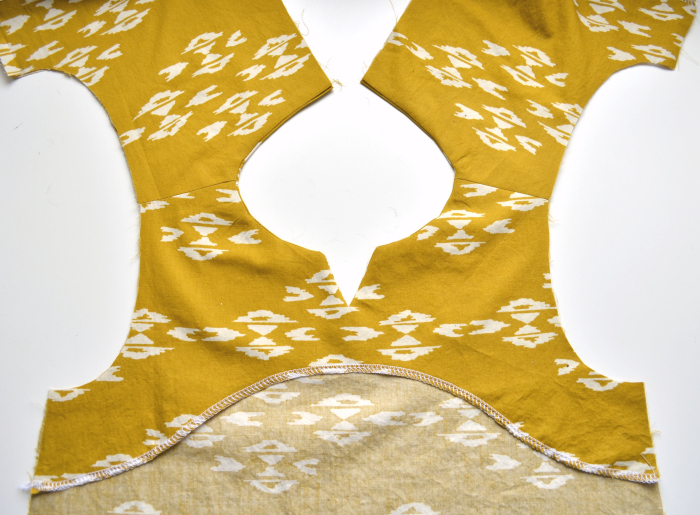 Step 3:  Separate the garment and facing to reveal the seam allowances sandwiched between the two. 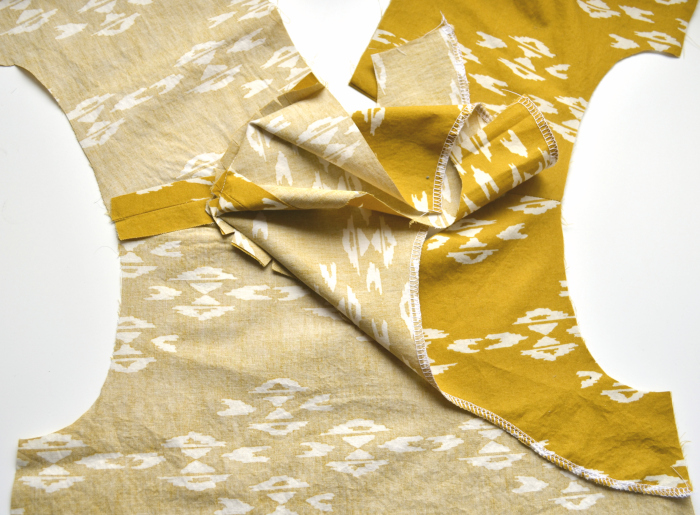 Step 4: Position the garment so the seam allowances are laying on the facing.  Move the main garment fabric out of the way. 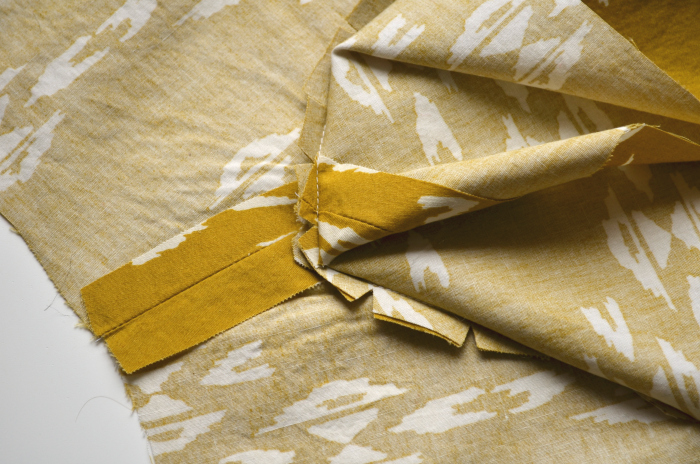 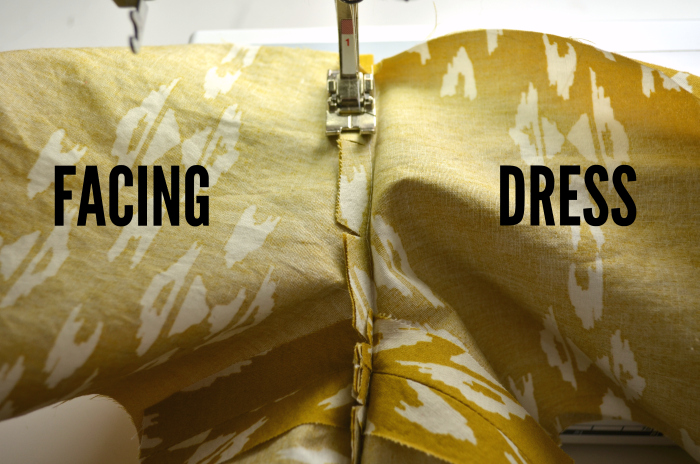 Step 6: Many garments will be sewn in a way where you can’t understitch all the way around the seam.  Things like closures, collars, and decorative notches (like in this pattern) get in the way.  If you encounter such an obstacle, simply stop understitching and lock your stitches.  Then continue understitching as soon as you can on the other side of the obstacle. 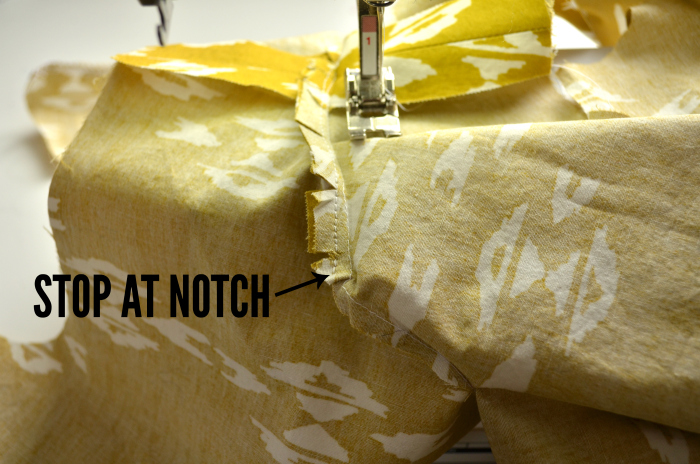 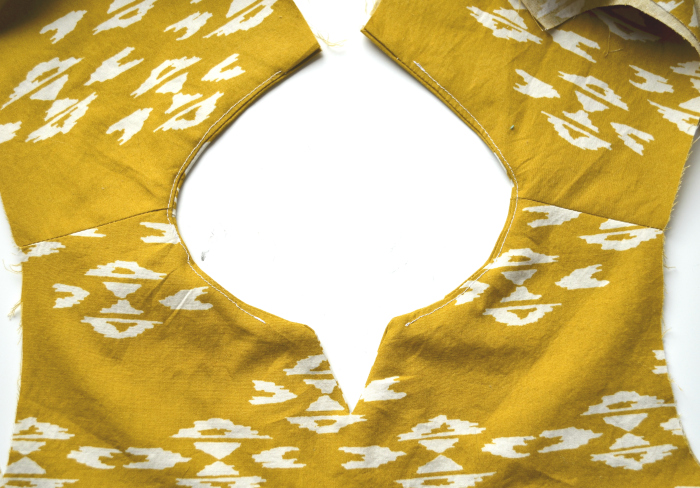