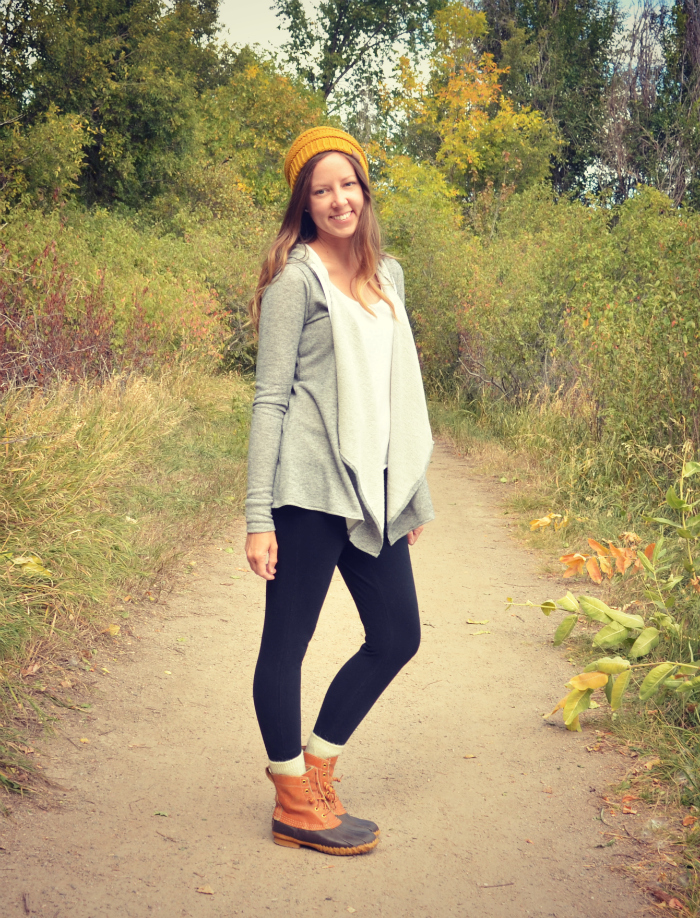 So I’m still working on a catchy name, but basically it’s this: 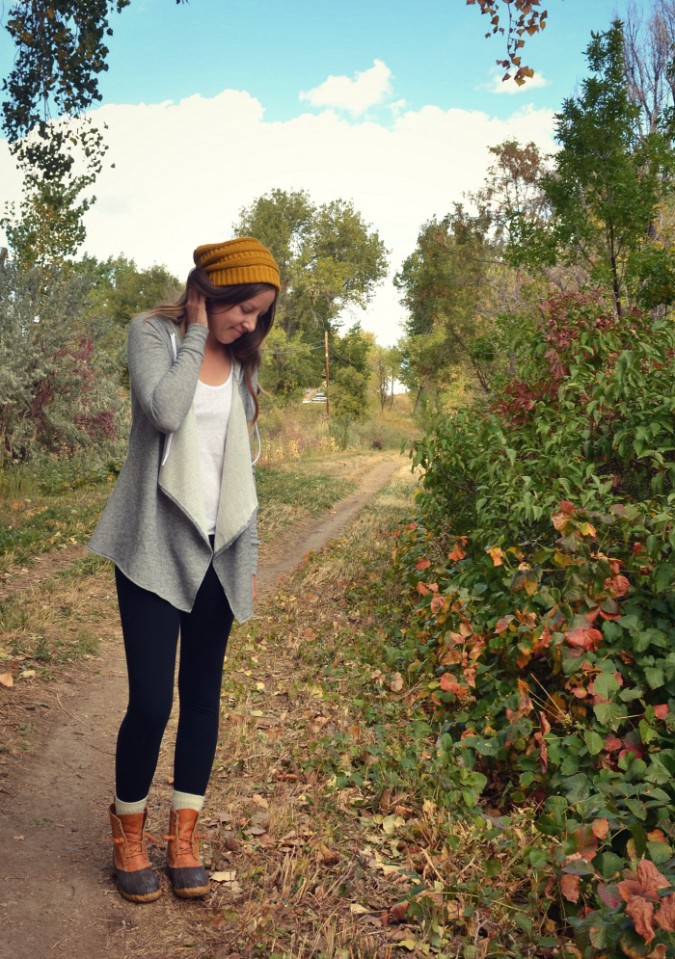 I saw a lady on a super cheesy lifetime movie wearing a hoodie cardigan thingie like this and immediately was like, this movie sucks, I’m going to sew!  This is one of the easiest garments I’ve ever made, but I already predict it’s going to be one of the most worn. 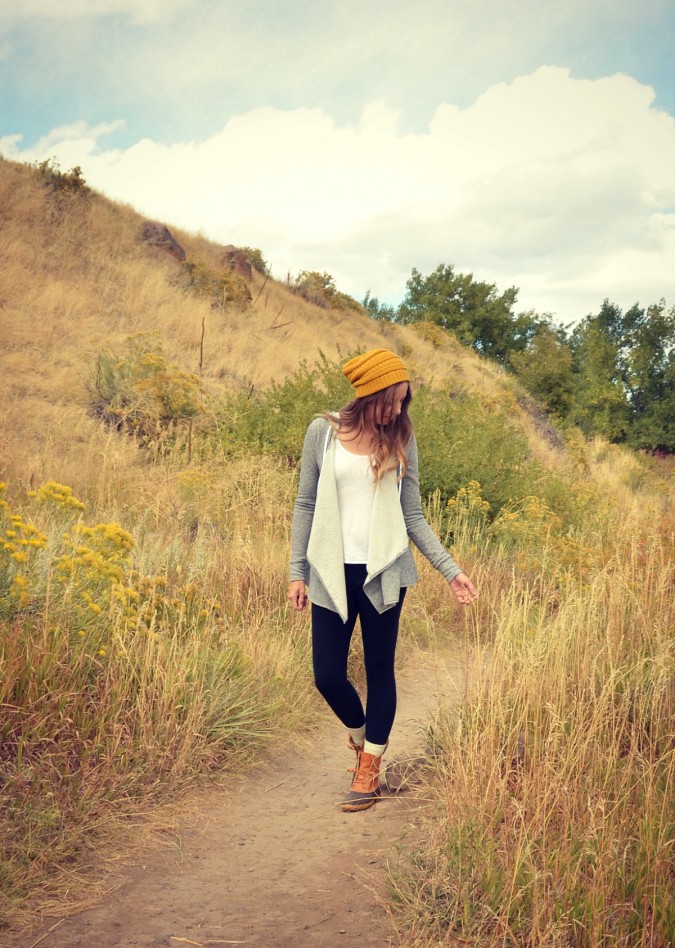 To get this look, I used the Union St. Tee for the body and added the hood from the Halifax Hoodie (you could just use the Halifax for the body, but it is cut as outerwear and has a much looser sleeve.  I wanted something really fitted around the shoulders and arms, so I used a T-shirt pattern instead.  If you have the Lane, you could use that too!)

The back and sleeves from the Union are just cut from the pattern as usual, although I did add about 1.5 inches to the length of the body. 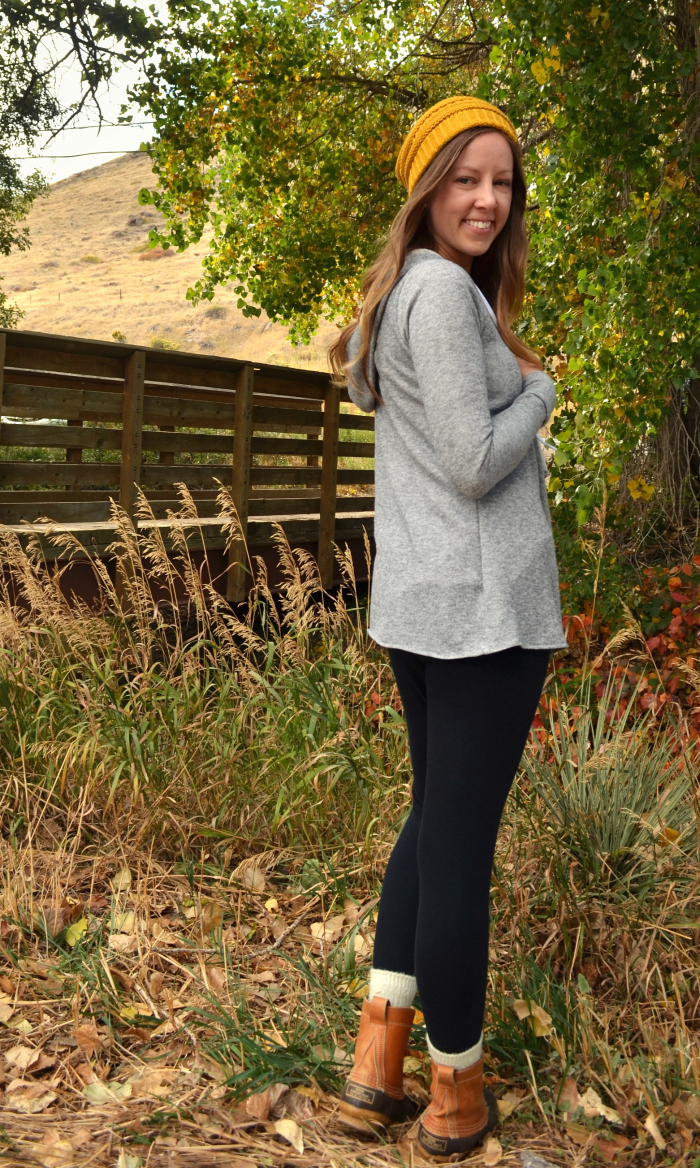 The front piece has a slight alteration.  Instead of cutting it on the fold, I laid it on folded fabric (so I’d end up with an identical mirrored pair) and cut straight out from the neckline to add about 8″ to the center.  8″ was totally arbitrary because it was all the fabric I had left, but if you add more fabric you’ll have even more drape in the front and it’ll hang a bit longer. 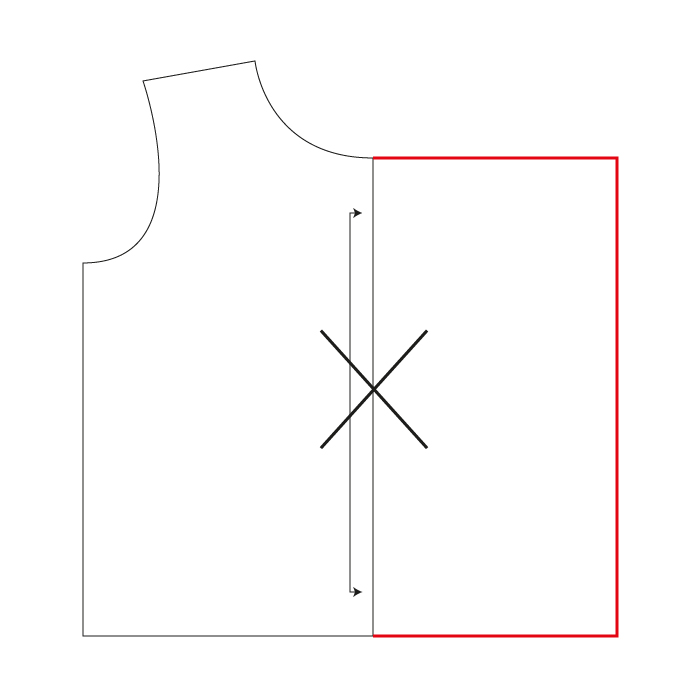 I also added a 4″ cuff to the end of the sleeves because I like a nice chunky cuff that I can pull over my hands on my sweaters and hoodies. 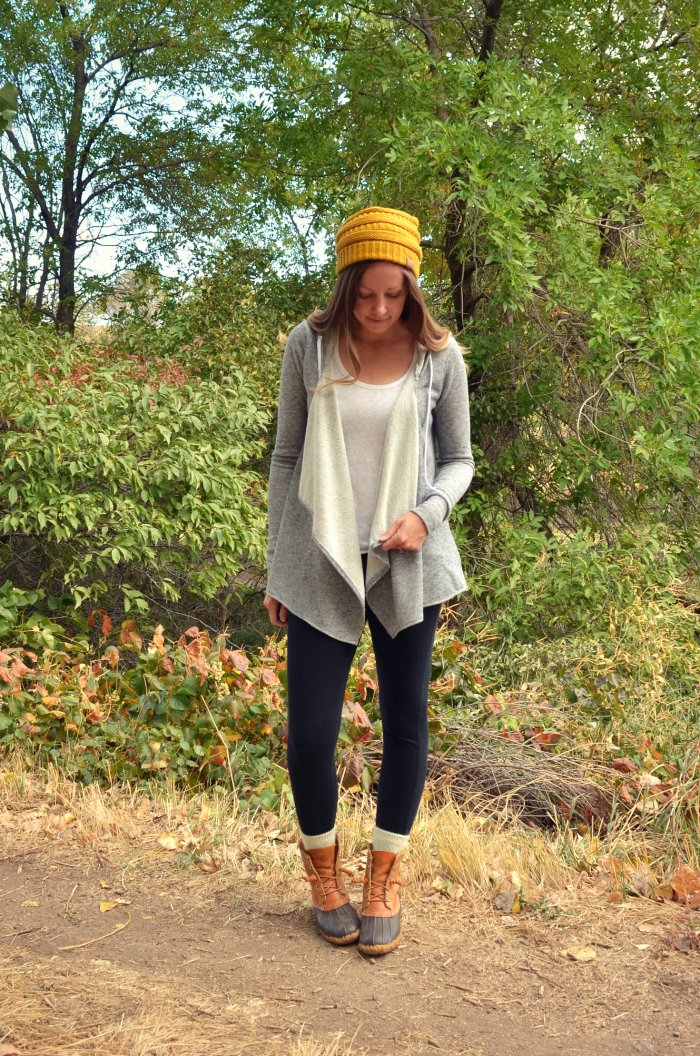 Because the neckline on the Union is lower than the Halifax, I extended the hood by 2.5 inches at the neckline.  This isn’t totally necessary but I like for the hood to come farther down on each side of the neckline. 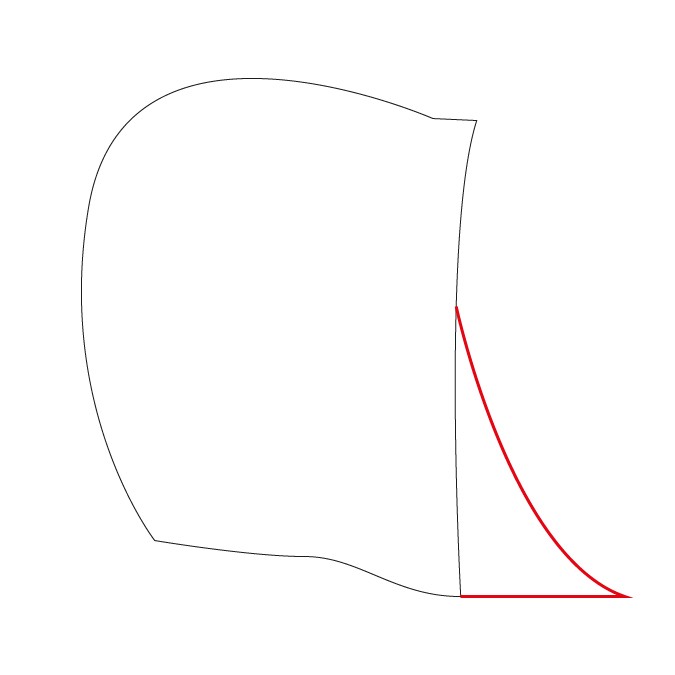 Then I just sewed the hood to the sweater, right sides together, aligning the seam in the hood with the center back of the sweater and pinning around to the front on both sides. 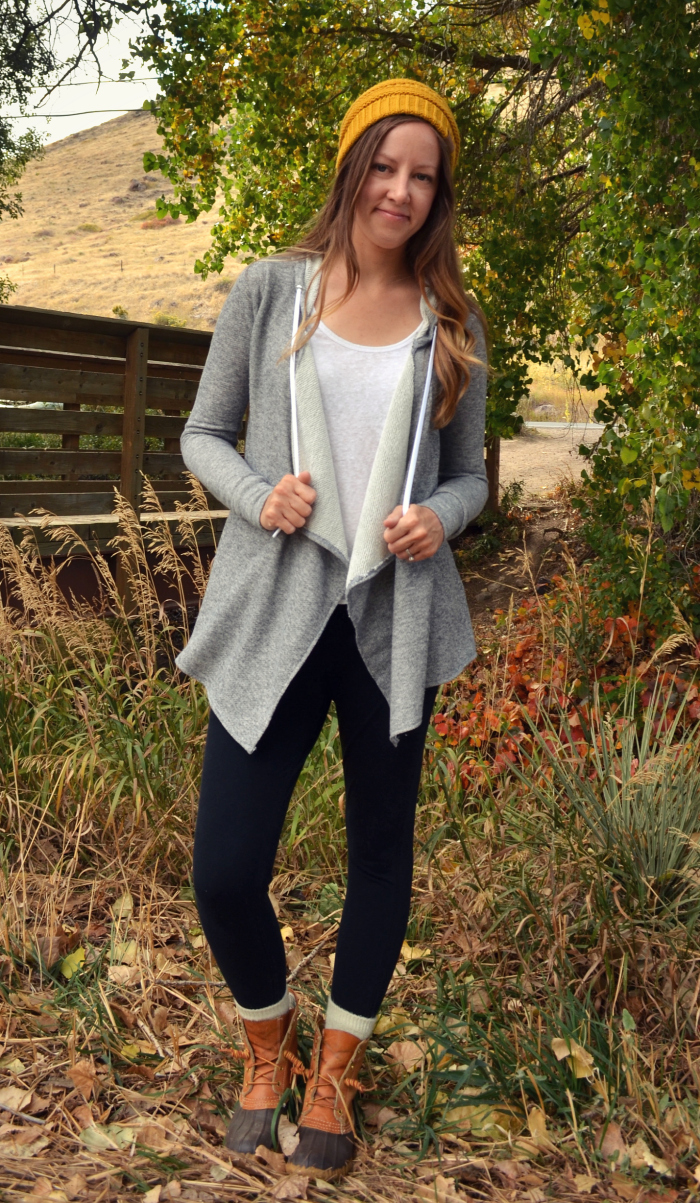 I hemmed this one by serging the edges and folding it once toward the wrong side and sewing it down with a longer stitch length.  Hemming isn’t usually necessary for most knits, but I used a french terry knit that does tend to fray slightly.  I recommend hemming for french terry and sweater knits, but all other knits will be fine left raw at the edges. 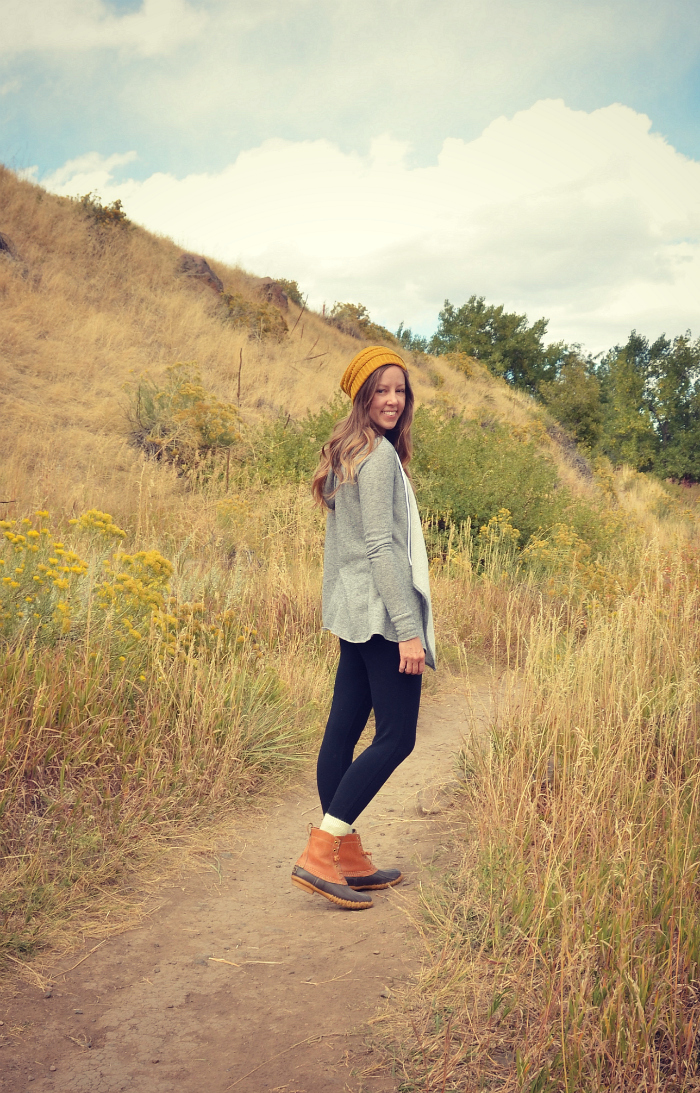 And that’s it!  It was seriously a 30 minute sew, not including the time it took to hammer the eyelets in place and thread the drawstring.  So easy, cute, and cozy for fall! 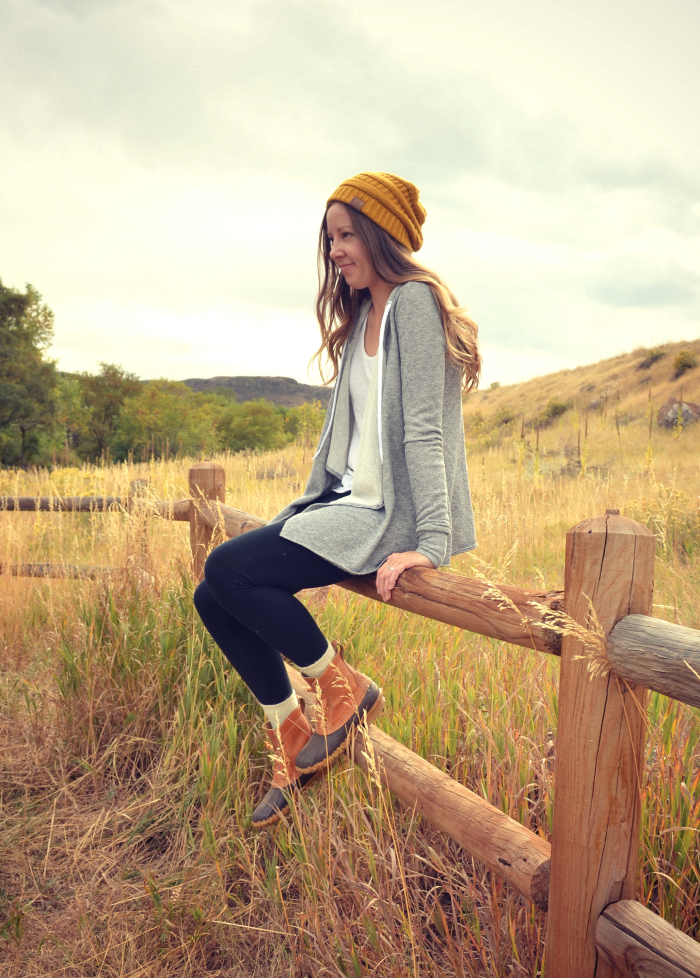 Heads up – the Halifax Hoodie is currently the featured pattern on sale (check out the bottom of this website for the code), and I’m giving you a special code to grab the Union too, just in case you want to recreate this hack and don’t have it yet.  Use code “Union15” to get the Union for 15% off as well! 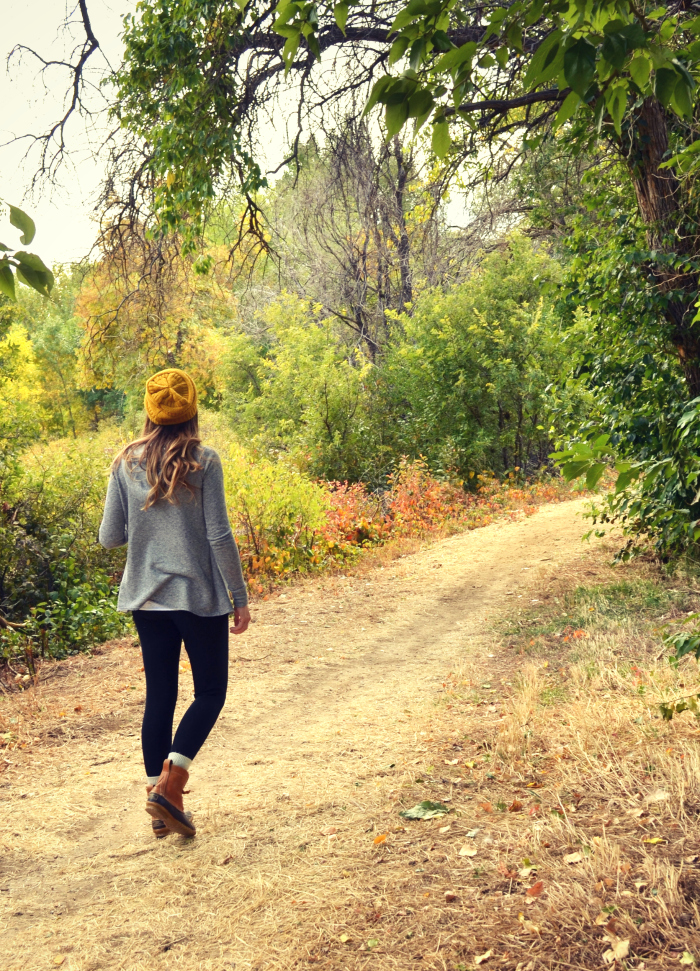