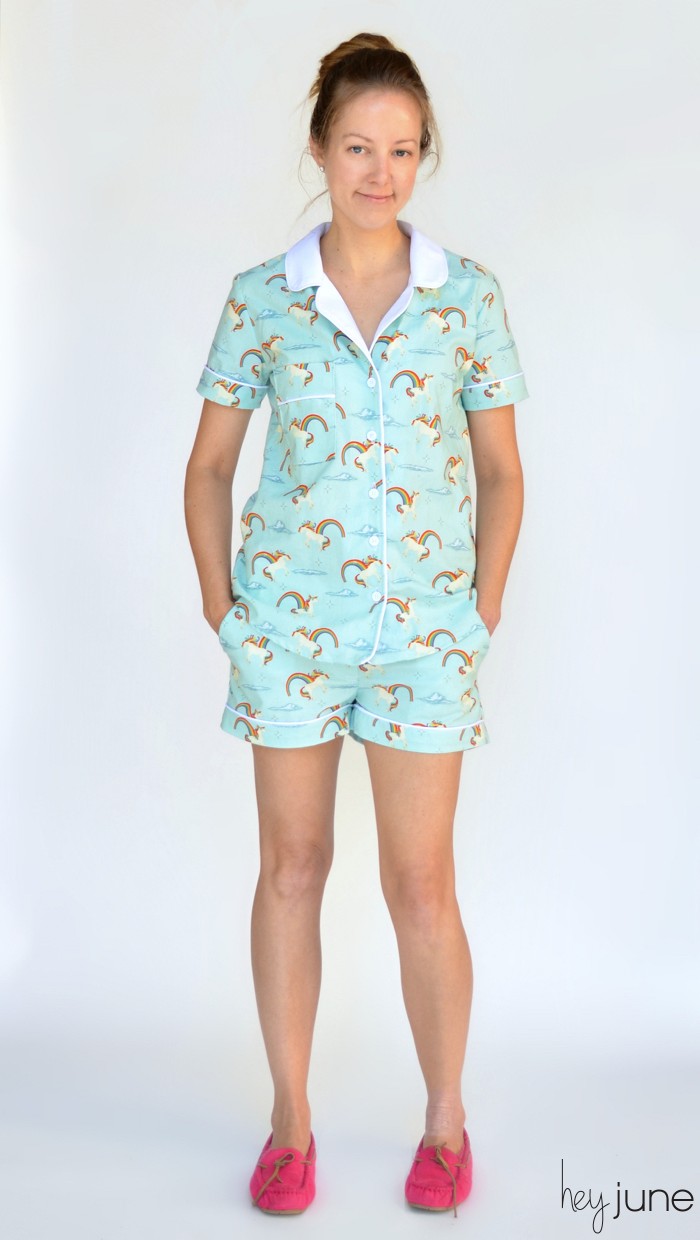 Scroll to the bottom of this post to enter the two separate Rafflecopters! 50+ winners will be selected!

Get 10% off your fabric order from now through October 1 at Michael Levine/LowPriceFabric.com with code: Makeover10

Get 20% off your pattern order now through October 1 at UpCraft Club with code: MOMIFORM 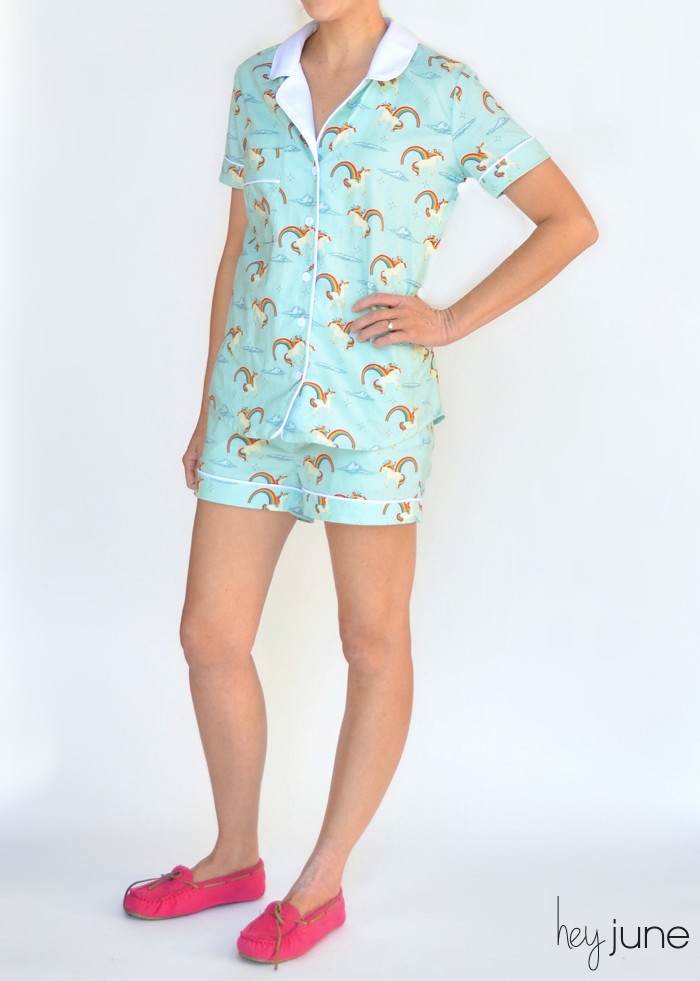 So Lauren from Baste & Gather had this great idea for a Momiform Makeover.  Basically, it’s a fun event to encourage moms to step outside their normal outfit routine and class it up a bit.  It doesn’t have to be anything crazy, I don’t think anyone would advocate donning heels and a LBD to do your laundry (not that there’s anything wrong with that), but just a couple simple upgrades.  I *almost* didn’t participate because I’m already engaged in a forced momiform makeover this year.  It’s my first year doing a preschool drop off/pick up, so I have to actually put on clothes and leave the house and not frighten small children.

But then I remembered.  Pajamas.

I debated whether or not I should admit this in public, but we’re all family here, so this is how it is:  I wear knit t-shirts almost every day (mostly Union St Tees!)  I live in Colorado where there’s no humidity and I’m genetically predisposed to not being a sweaty person.  So, all that adds up to me basically wearing the t-shirt I wore all day as pajamas every night.  If it’s warm I’ll throw on some of my husband’s boxers, and if it’s cold I’ll throw on fleece lined tights, sweatpants, cotton socks, wool socks, a sweatshirt, and a beanie.  That’s it folks.  The hard, ugly, but very comfy truth.  I figured I could do better.

So here they are, my momiform maked-over pajamas!!  And because we were meant to class it up and show our more sophisticated side, I used rainbow unicorn fabric.  LIKE YOU DO. 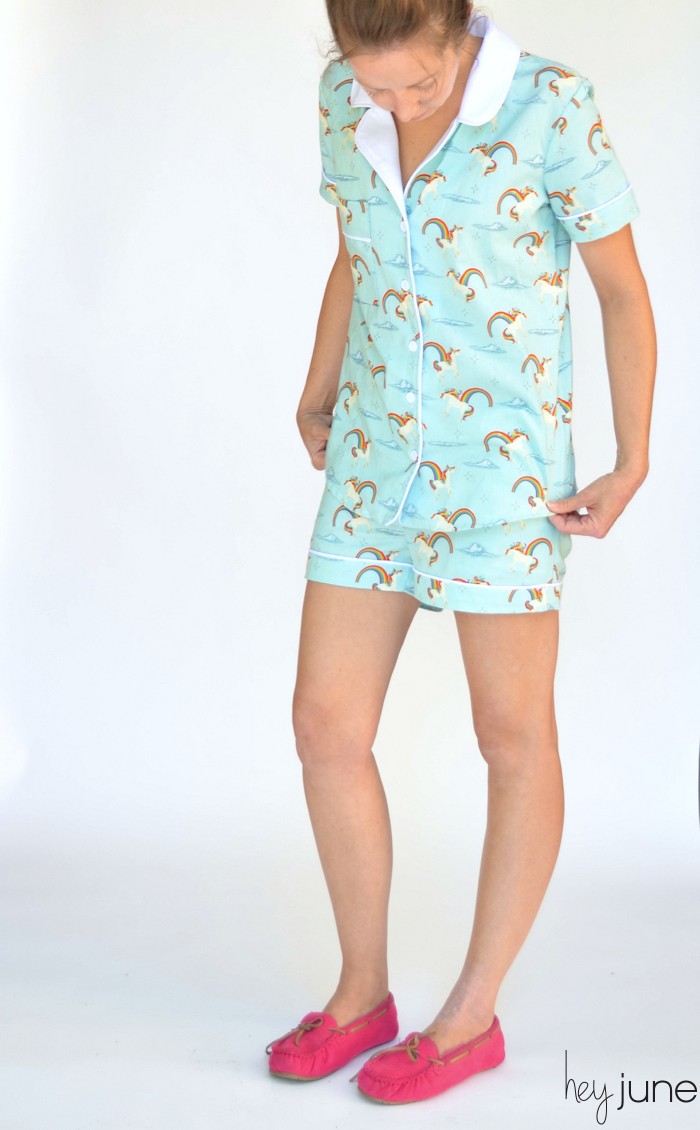 I’m sure you’ve already recognized these – they’re the Carolyn Pajamas from Closet Case Files that took the sewing world by storm earlier this year.  I wanted to buy the pattern several times, but always knew I would just not make the time to sew them.  I’m so glad this event pushed me to finally make them because they’re uhhhhmazing!  I almost never sew structured woven clothing, so this was a really fun divergence.  The pattern comes together beautifully and the instructions are really clear and thorough.  I love LOVE the piping detail – it’s what sold me on the pjs in the first place.  They’re almost too cute for sleeping.  Almost.  I’m not saying I’d wear these out of the house, but I wouldn’t be embarrassed to be caught by the mailman or overnight guests either.

I saw the rainbow unicorn fabric over at Phat Quarters and literally could not stop myself from buying it.  In my head, I was like, this is a MOMiform makeover, do not buy that juvenile print and make yourself clothing with it.  But it was too late because my hand had already gleefully clicked and paid for it.  I mean, really, could you resist?  Next time maybe I’ll do a nice long sleeved/long pants flannel version.  I want to say I would make them in silk, but baby steps. 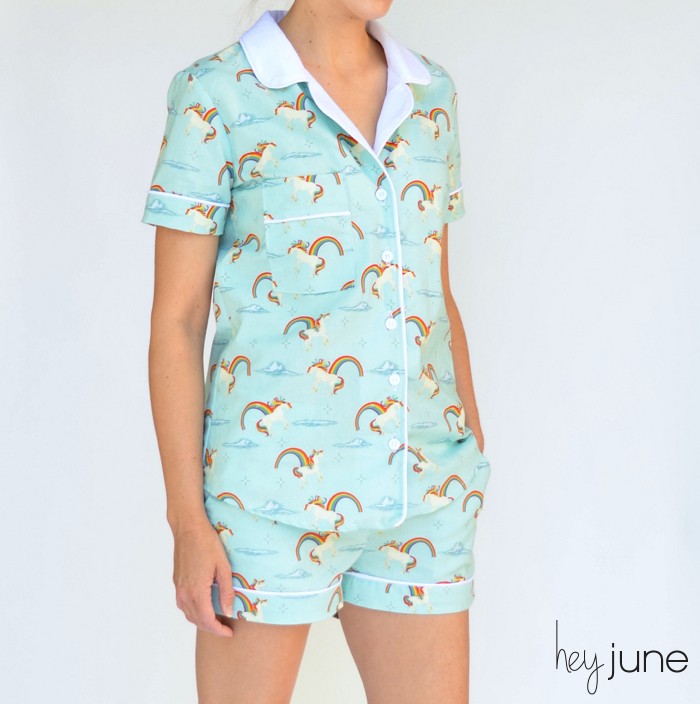 A big huge thanks to Closet Case Files and Phat Quarters for the pattern and fabric for my PJ makeover!  If you haven’t checked out either of their shops you’re missing out.  Go!

And be sure to check out all the awesome series participants to get lots of momiform inspiration!

Special thanks to these major sponsors who generously donated the following items for the giveaway:

(There will a different winner for each line item so we can spread the love around!)

*Janome giveaway winner must be located in U.S.A. and is therefore on a separate Rafflecopter below. Machine must be picked up at a local dealer; it cannot be shipped.

This second Rafflecopter includes all the other sponsor items since they can be awarded internationally! You must enter both Rafflecopters in order to be entered to win both the sewing machine and the rest of the giveaway items. All patterns awarded will be in PDF format. Enjoy!